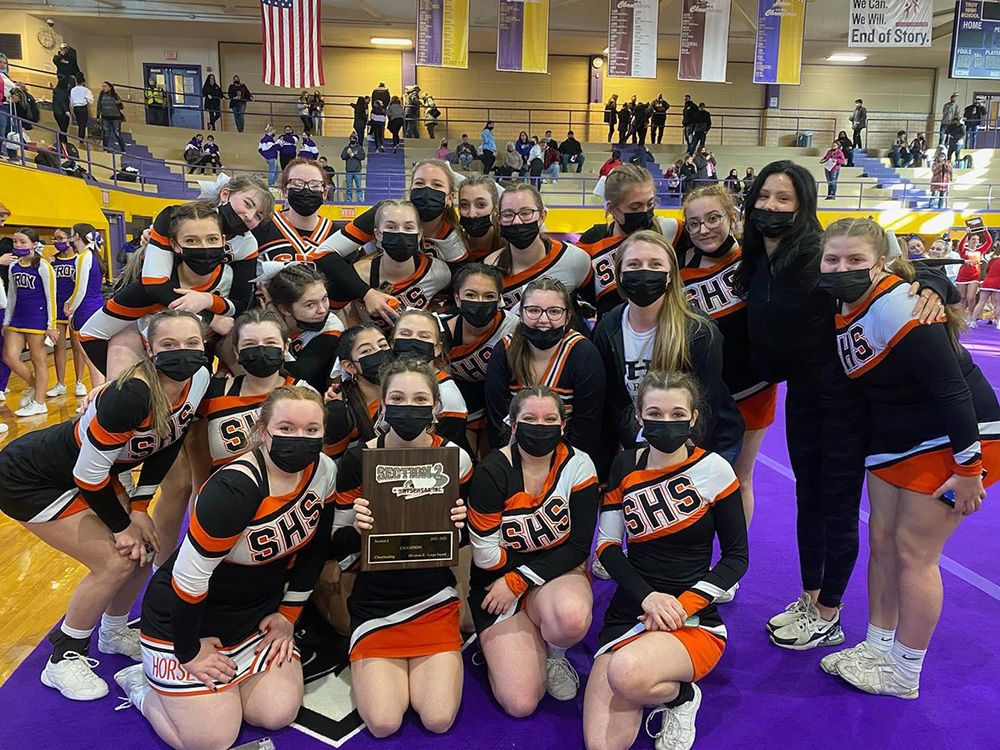 The Schuylerville High School varsity cheerleading team was named the Division 2 Large Squad Sectional Champions during a competition held on Feb. 26! The team will compete in the state championship March 5 at the Gordon Fieldhouse on the campus of the Rochester Institute of Technology at 7:20 p.m.

The New York State Public High School Athletic Association (NYSPHSAA) executive committee approved a capacity limit for the state championship to under 400 individuals to accommodate student-athletes on teams who qualified for the event. By holding capacity to under 400, the RIT policy does not require vaccinations or testing for anyone entering their facilities. The executive committee approval eliminates the ability to accommodate spectators.

The event will be streamed on the NFHS Network: www.nfhsnetwork.com. Go Horses!