June 11 update: Schuylerville High School Instrumental Music Director Michael Craner has been selected as a quarterfinalist for the 2021 Music Educator Award, presented by the Recording Academy and Grammy Museum. There were 2,000 nominations and 216 quarterfinalists. Click here for the press release. 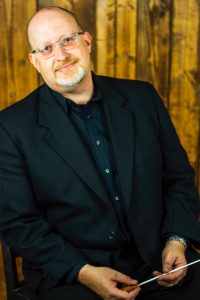 Congratulations to Schuylerville High School Instrumental Music Director, Michael Craner, who has been nominated for a Grammy Music Educator award, an award designed to bring attention to the excellent and impactful work being done by thousands of music teachers across the United States.

Music Educator applicants will be evaluated based on the demonstrated evidence that they:

“I am completely humbled and honored by this nomination,” said Craner. “I never expected anything like this to happen.  Even if it doesn’t go any further, I will always be most grateful for the nomination. Music is a major part of who I am, including everything I have done and will do in my life.”

Current, full-time educators in the United States who teach music in public or private schools, kindergarten through college are eligible to be nominated.