Schuylerville Elementary students participated in the school’s first-annual March Madness Picture Book Tournament, an effort coordinated by School Library Media Specialist Maria Weeks. 13 classes from grades k-5 participated, reading a total of 16 books between March 7 and March 28. Students then voted on their favorites until a champion was named. 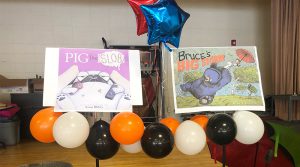 The final two books were:

“I updated the bulletin board bracket daily so students could see which books were in the lead, spawning constant conversation about reading!” said Weeks. “The whole thing was a lot of fun.” 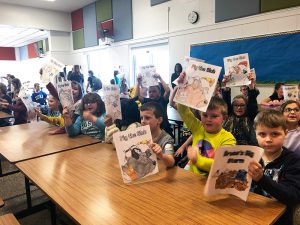 The champion book was announced during a school assembly with the classes that participated. Weeks plans to make the March Madness tournament a yearly event!