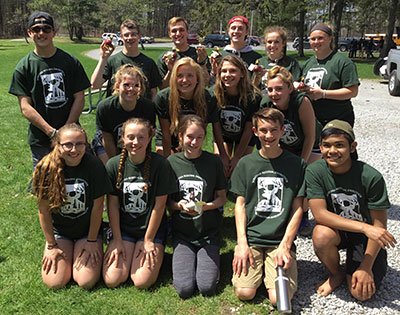 A group of Schuylerville High School environmental club members is advancing to the State Envirothon, after winning the regional Saratoga County Envirothon on Wednesday, May 2. The team, made up of all seniors, placed first in all six categories. Cameron Alber, Sidney Gregorek, Caitlin Kelleher, Tristan Turner and Derek Willson will compete in the state competition on May 23 and 24 at Hobart & William Smith Colleges in Geneva.