The 2020-21 winter sports season came to a close in March for low/moderate-risk and high-risk sports. Below are some highlights and statistics to wrap-up the season. 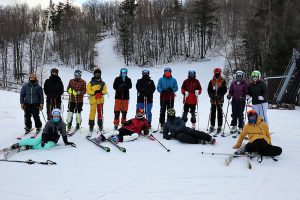 “This was an amazing group of kids!” said coach Kristen Long. “We were delighted to have the chance to participate and compete after a very turbulent nine months leading up to our season. Everyone worked hard, improved their skiing skills and had fun, too.” 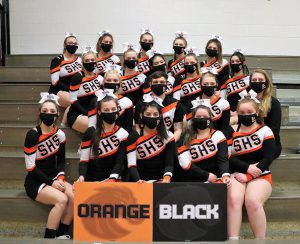 The 2021 Winter Cheer team performed in three virtual competitions, ending the season as Foothills League Coed Division Champions! “This season was challenging; we normally have at least two months of preparation before our first competition and this year we had just a few days,” said coach Charlene Becker. “I could not be more proud of these 18 athletes!” 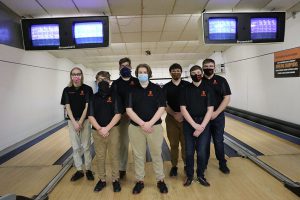 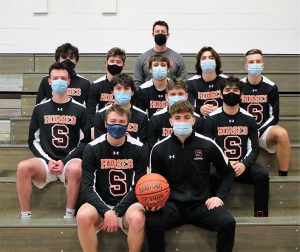 “We are extremely grateful that our kids had the opportunity to play and compete this season,” said coach Matt Steinfort. “To be back in the gym together again was an absolute thrill.  Despite a bit of a tough start to the season, the guys responded tremendously in winning nine out of their last 11 games.  This run included several ‘late game’ come-from-behind victories, one of them being an overtime win versus Spa Catholic.  I’m really proud of this group of young men and look forward to getting back in the gym with them soon.” 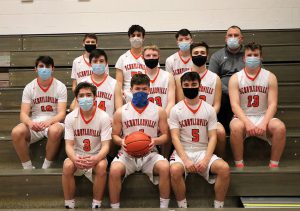 “It was great to coach again and this group of kids did everything I asked of them and more,” said coach Wally Dow. “It was one of the best coaching experiences of my life!” 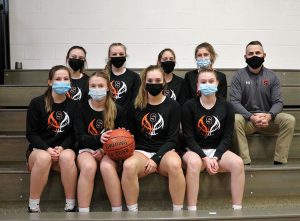 “This season was like no other, but so good for the student athletes to get a chance to be back on the floor,” said coach Jason Mehan. “We also had an opportunity to play 13 games, which is a lot more than other leagues/counties.  This group worked really hard and finished with a 6-7 record.  All 12 players scored and contributed throughout. The highlight of the season was a 14-point comeback against Spa Catholic in which we out scored them 21-2 in the fourth quarter. All of the players worked so hard at every practice and you could tell they were happy to be there, even in the last week when they were going to multiple practices.” 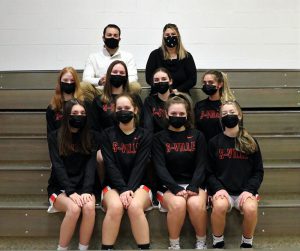 “This season we hit the ground running and the girls adjusted to learning a brand new offense and a brand new defense,” said coaches Bryanna Ekblom and Zach Warriner. “We improved every game, while getting more comfortable with the new system. The girls played South Glens Falls and Mechanicville tougher each time we played them. Athletes were asked to bring hustle and heart to every game they played. They were matched against teams that challenged them in every way possible, and they made sure to leave everything they had on the court in the end. This group is one of the most enjoyable teams we have had as coaches. They stayed positive, worked hard, and brought their infectious energy to every practice.”