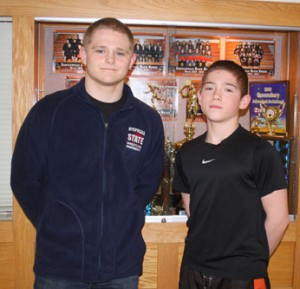 Two Schuylerville High School wrestlers are advancing to the New York State High School Wrestling Championships, after they both earned a first place finish at the Section II tournament Feb. 13-14.

Orion Anderson pinned all three of his opponents in the first period and Tyler Green finished with four wins.