Home > Budget Headlines > Three running for two available Board of Education seats – May, 2017

On Tuesday, May 16, voters will elect two people to the district’s Board of Education. The candidate with the highest number of votes will fulfill a five-year term beginning on July 1, 2017 and expiring on June 30, 2022. The candidate with the second highest number of votes will fill the unexpired term of Rebecca King, who resigned therefrom, beginning May 17, 2017 or as soon thereafter as the individual may be sworn in, and expiring on June 30, 2019. The three candidates, along with their profiles, are listed here in the order they will appear on the ballot.

Stanley Barber is running for his seventh term on the Schuylerville Board of Education. In his 29 years on the Board, Barber has served as both president and vice president. Barber’s work with the Board of Education is extensive. He has helped prepare numerous budgets, overseen several building projects, assisted in the development of curriculum and standards changes, encouraged the integration of technology into the instructional program, supported the advancement of career and technical education opportunities, and has remained a strong advocate for children while continuing to bring a community perspective to the board.

Barber is currently the owner of Larmon House Movers, Inc., a business he has owned since 1973. Barber graduated from Schuylerville High School and spent one year at SUNY Plattsburgh.

Barber is an active member of the community. He has held all offices of the International Association of Structural Movers and volunteers as a lay leader at Schuylerville United Methodist Church. 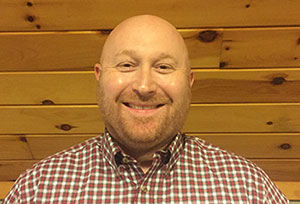 Michael Bodnar is running for his first term on the Schuylerville Board of Education. He currently works for State Farm Insurance in Ballston Spa, where he is part of the company’s special investigative unit. Bodnar has worked for State Farm for 18 years.

Bodnar is an active member of the community. He is currently the Old Saratoga Athletic Association (OSAA) softball league commissioner and previously served as the OSAA baseball league commissioner from 2011-2013. Bodnar has coached several youth sports, including baseball, football, soccer and softball, and was the assistant coach for Schuylerville Middle School’s modified baseball team in the 2013-14 school year. Bodnar has chaperoned various school field trips for both of his children over the years. 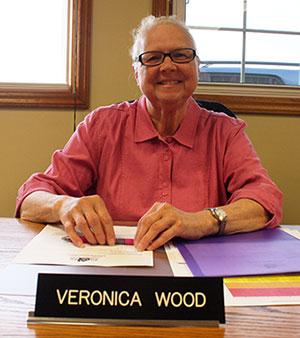 Veronica Wood is running for her second term on the Schuylerville Board of Education. In her five years on the Board, she was a delegate to the Saratoga County School Boards Association and served on the negotiations team.

Wood is currently the vice president of Misty Morning Stable, LLC. She is a retired teacher of the Schuylerville Central School District, where she taught fourth grade and remedial math. She also spent one year as the director of pupil services.

Wood is an active member of the community. She previously served as the Parents as Educators (PEP) co-president, was a member of the Elementary Building Team and was the past vice president of the Schuylerville Teachers’ Union. Wood has been involved with the Schuylerville Public Library, previously serving as a board member, president and vice president. She is a former Sunday school director and teacher at Schuylerville Methodist Church, a member of the Saratoga County Retired Teachers’ Association and a former deputy historian for the Town of Saratoga. Wood has spent 21 years as an FFA Farmland assistant at the Washington County Fair and has volunteered with the Community Animal Action Project.