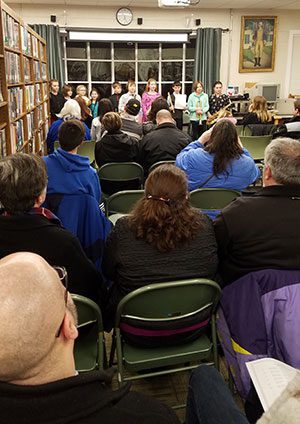 Schuylerville Elementary and Middle School band students participated in the first annual Schuylerville NYSSMA Solo Recital on Thursday, Feb. 8 at the Schuylerville Public Library. Students in grades 4-8, who are currently preparing a solo piece for the NYSSMA Solo Festival in March, performed for family, friends and community members.

The NYSSMA Solo Festival will be held at Maple Ave Middle School in Saratoga Springs on March 9 and March 10. At the festival, students will perform their solo and several memorized major scales, as well as sight read a short piece of music for an adjudicator who will provide written feedback and a score. 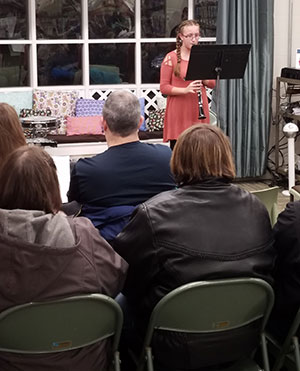 The event was organized by band directors Kaitlyn Koch and Vicki Young, in coordination with library director Caitlin Johnson.