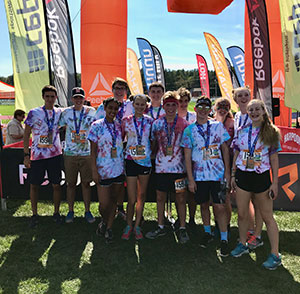 A group of Schuylerville High School students finished seventh out of 217 teams at the Ragnar Adirondack Relay on Sept. 23. The team, who called themselves “Smooth Snailin’,” ran just under 200 miles, in 25 hours and 45 minutes. The grueling relay race started in Saratoga Springs and finished in Lake Placid. Each team member had to run three separate legs of the relay as teammates cheered them on and awaited their turns.

“It was definitely empowering and I think it helped bring our entire team together,” said senior Aidan Garry. “I don’t think any of us expected to do nearly as well as we did.”