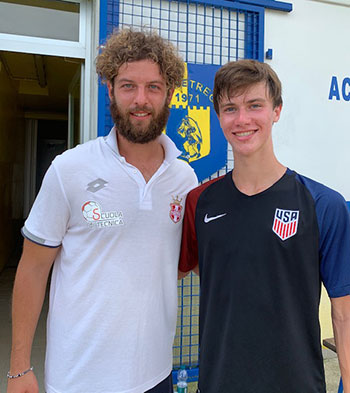 A Schuylerville High School senior is returning from a multi-country soccer experience, where he represented the district’s soccer program. As part of the summer trip, Ian Winchell joined the South Glens Falls team, with other players from Broadalbin Perth and Lake George, on a trip to Italy, Austria and Germany. The players participated in two training sessions with professional coaching staff from Bayern Munich Academy and AC Milan. They also had three games against high division U18 teams from Italy and Germany, including Real Vicenza SSD, SC Regensburg, and FC Geretsreid. Winchell and his teammates wore their home school jerseys during one of the games to represent their schools.

The team spent the trip sightseeing in Venice, Verona, Salzburg, and Munich. They even received a private tour of Bayern Munich arena and watched the 2018 National Bayern Munich Academy U18 team.

Winchell, who says the trip was a once in a lifetime experience, has been playing select travel soccer in the area year-round since he was eight years old. He is a current member of Schuylerville’s varsity soccer team and a member of the U18 Alleycats select team. 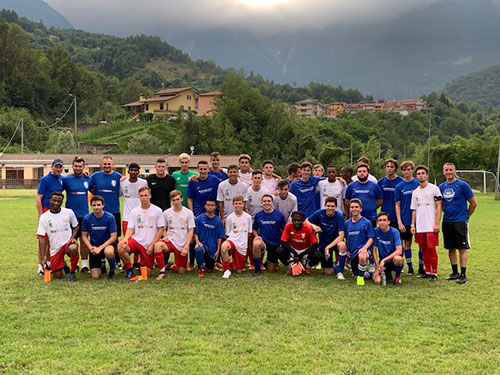