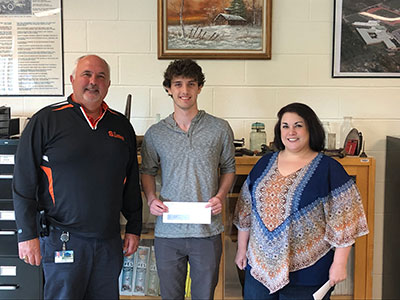 Peter Riggi, treasurer of NYSSFA and Director of Facilities for the Schuylerville Central School District, along with music teacher Jodi Ogburn presented Greene with the $500 award, which will also be presented at graduation.