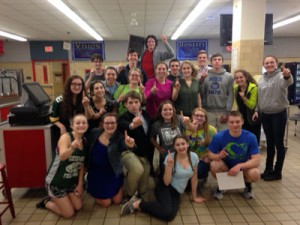 The Schuylerville High School Math League team has captured the championship of the Warren-Washington-Saratoga County Math League. The students defeated 10 other area schools to claim the league title. The team won by 12 points overall with Sophomore Derek Willson leading the way. Willson earned more points than any other student in the 10-school league.

“This is an awesome achievement by these dedicated and well-deserved students,” advisor Jim DeGregory said. “I am very proud of them.”

The season consisted of five math meets, which started in November and went through March. At the meets, students were given six challenging math problems and a limited amount of time in which to solve them.