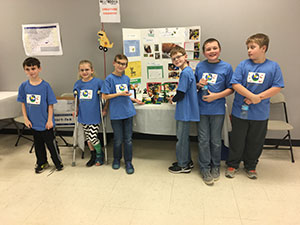 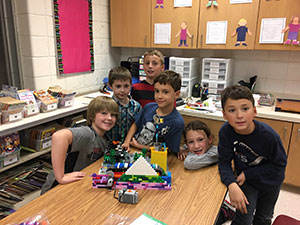 Lego Robotics teams meet after school and evenings twice a week for six weeks and are coached by parent volunteers. The program was started two years ago by parent Eran Swears. Since then, 35 students have participated on a team and 10 parents have been coaches. The Lego Robotics Jr. program is part of the FIRST organization, the same organization as FIRST Robotics at the high school level.

“Our hope is that kids will be inspired by their success on the junior teams to pursue STEM based curriculum and careers while continuing to participate in FIRST programs, such as the FIRST Robotics Challenge (FRC),” said coach and director Eran Swears. “I’m amazed by the success of this program and can’t wait to watch the kids grow and become more passionate about STEM.” 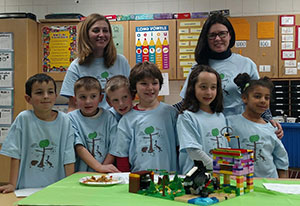 The program has seen strong community support, and has gotten sponsorship from PEP, Kitware Inc., Schuylerville American Legion, Fish Creek Rod & Gun Club, Inc., and the Stewart’s Holiday Match Program. These sponsors’ donations have helped purchase WeDo 2.0 kits and team registration fees. With this growing support, more kits can be purchased to start a third team in the fall. 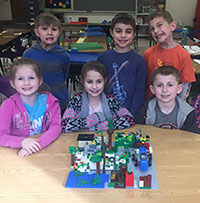 Eran Swears will also be working with Schuylerville’s FIRST Robotics Competition (FRC) President, Kevin Gifford, to help start a senior LEGO Robotics team for fourth, fifth, and sixth grade students this fall. Anyone wishing to make a donation or volunteer as a coach can do so by contacting the LEGO Robotics Director, Eran Swears, at eswears@nycap.rr.com.