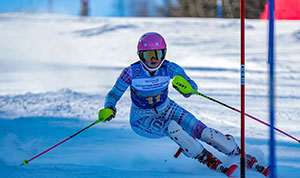 Schuylerville High School junior Hannah Klingebiel has been named the Times Union’s female Athlete of the Year for alpine skiing. The junior placed second in Slalom and third in Giant Slalom at the State Alpine Skiing Championships in February. She also won sectionals in both events and went on to represent New York at the Eastern High School Championships, despite starting the season with a broken wrist. Click here to read the full article published in the Times Union.