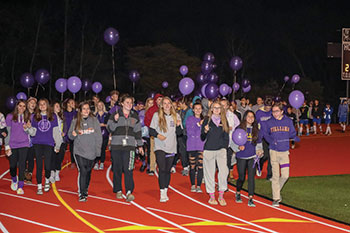 The Schuylerville boys and girls varsity soccer teams, along with the varsity club and Old Saratoga Athletic Association, helped raise $2,500 for local families affected by cancer during the Kickin’ Out Cancer game on Tuesday, Oct. 8, as the boys team took on Queensbury.

The boys team chose the color purple in memory of long tenured Board of Education member Mike Booth. Hundreds of people were in attendance to watch and show their support. 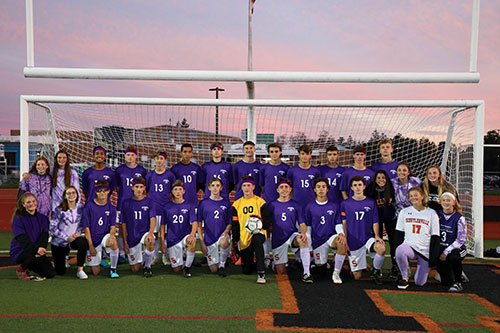