This page is dedicated to honoring former Schuylerville student-athletes who are excelling at the next level. 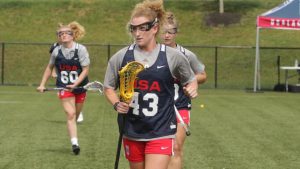 Schuylerville High School Class of 2018 graduate, Amy Moreau, tried out for the U.S. National Team that will compete in the World Lacrosse Women’s World Championship in June, 2022. Moreau was the Schuylerville girls lacrosse program’s all-time high scorer, with 293 goals and 103 assists. Moreau is currently on scholarship at UMass Amherst as the team’s starting defender. She will also be coaching at Schuylerville’s Be an Athlete Camp June 28-July 1 this year!

Wells College junior Tanner Dunkel is wrapping up a successful baseball season as a starting infielder. He hit .275 this season with 12 doubles and 17 RBI’s. Click here for more information.

Freshman Amy Moreau (SHS Class of 2018) has landed a spot in the starting lineup for The University of Massachusetts women’s lacrosse team. Moreau has started the last five games for UMass as the Minutewomen have risen to the top of the A-10. Moreau’s coach credits her improving defensive skills and athleticism for the four-game win streak. Click here to read a full article about Moreau in The Massachusetts Daily Collegian. 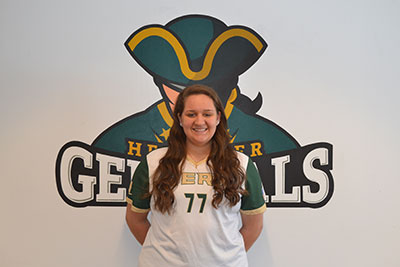 VanArnum named Pitcher of the Week

Hunter VanArnum, (SHS Class of 2017) a sophomore at Herkimer Community College, landed NJCAA Softball DIII Pitcher of the Week honors on Wednesday, March 27 after she threw a no hitter over five innings of work. 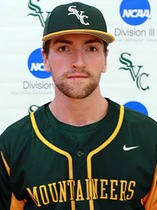 Senior Joe Braim (SHS Class of 2015) is gearing up for his final baseball season with Southern Vermont University. He has a career pitching record of 8 wins with 6 losses. He has 71 career strikeouts and a 5.43 earned run average per nine innings. Brain is on schedule to be the ace of the pitching staff in his 2019 senior season. 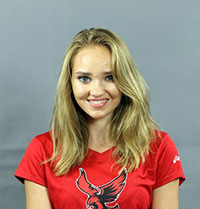 Sophomore Ashley Watson (SHS Class of 2017) helped lead the Roberts Wesleyan women’s cross country team to its fifth straight East Coast Conference title on Saturday, Nov. 3. Watson was the ECC individual champion and was named the Women’s Runner of the Year following her first place finish in a time of 19:02.3. 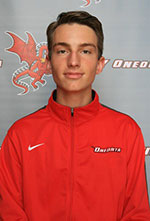 Junior Matthew Palmer (SHS Class of 2016), along with his SUNY Oneonta teammates, made program history on Nov. 10 with the team’s fourth place finish at the NCAA Atlantic Region Championships. The school earned an automatic qualification into the NCAA Championships. Palmer placed 24th with a time of 27:01.99. 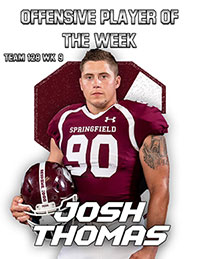 Senior fullback Joshua Thomas (SHS Class of 2015) was named Offensive Player of the Week after rushing for three touchdowns to lead the Springfield College football team to a dominating 44-7 win over Maine Maritime in New England Women’s and Men’s Athletic Conference (NEWMAC) play at Stagg Field.

Kaitlyn Gunter (SHS Class of 2016) was named to the State University of New York Athletic Conference (SUNYAC) Second Team for field hockey after helping to lead SUNY New Paltz to one of its most successful seasons in team history with its SUNYAC Championship and NCAA appearance. Click here for more details.

Schuylerville alumni face-off on the field

A group of Schuylerville High School field hockey alumni had the opportunity to play against each other on Saturday, Sept. 29 as SUNY New Paltz hosted SUNY Morrisville. Junior Kaitlyn Gunter, majoring in Biology, had two goals and an assist in the 7-1 SUNY New Paltz victory. Morrisville’s Kaylee Houseworth, a senior business administration student, and freshman Grace Hanehan say they enjoyed reminiscing with their former teammates Kaitlyn and Morgan Gunter.

Josh Thomas, a graduate of the Schuylerville High School Class of 2015, will be one of four captains of Springfield College’s football team in fall 2018. Click here to see a tweet sent out on April 25 announcing the news.

Anna Moreau, a graduate of the Schuylerville High School Class of 2016, was honored with a team award at the 2018 William Smith College Heron Athletics Banquet on April 24. Moreau shared the S. Ford Weiskittel Most Valuable Oarswoman Award with one of her teammates. Moreau was part of the Heron V8 that earned a silver medal at the Liberty League Championships and took home a bronze medal at the New York State Championships. She also powered William Smith to an eighth place finish at the National Invitational Rowing Championships, its strongest race of the season where the Herons finished ahead of No. 6 Hamilton in the petite final by 0.61 seconds.