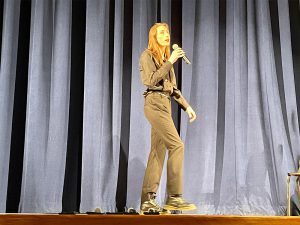 *Special thanks to Mr. Tucker for sound and streaming, Ms. Rechak for lighting, and Principal Ducharme for administrative support.